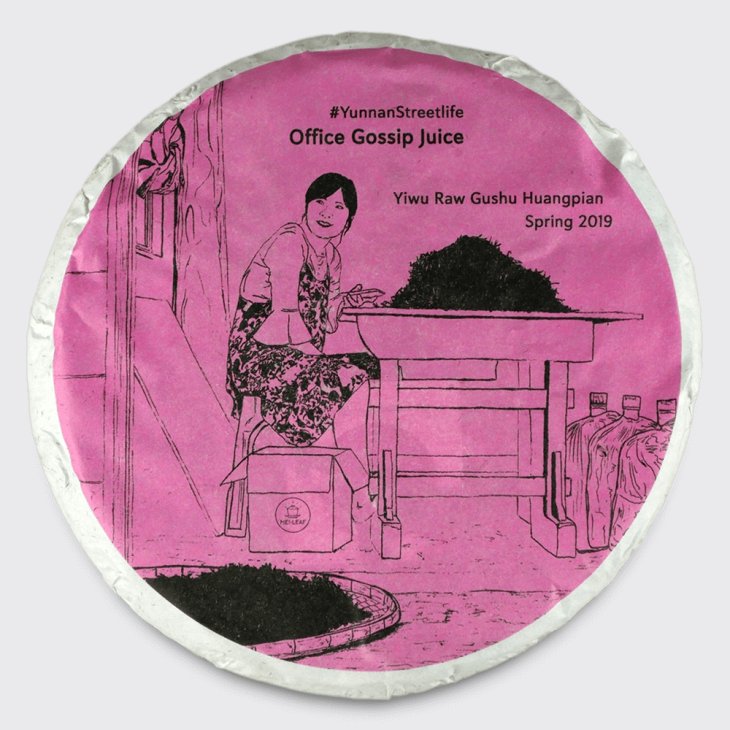 A crazy affordable Gushu PuErh from Yiwu - the Queen of PuErh mountains. This tea has been made from Spring leaves of Gushu trees estimated at around 200-300 years old which have been collected by several families high up in Gao Shan Village.

Huangpian (yellow leaves) are the larger leaves which are removed from the choice pickings of PuErh tea as they are considered too large for the main tea production. They are usually saved by the farmers to drink themselves. Huangpian have a very similar flavour character of the younger pickings as they are from the same tea trees, but they are lighter in texture and have a brighter taste.

This tea is the follow up tea to Downtown Hen Party which sold out in a flash by smart buyers wanting to have the luxury of Yiwu Gushu as an affordable daily drinker. This year's version shows off the beauty of Yiwu - sweet and syrupy balanced with bright notes of talcum, pear, skin, orchids and hawthorn.

Huangpian likely has less caffeine compared with the classical PuErh pickings. It is the best way to sip on Gushu through the day without spending all your money on a single cake of PuErh.

Watch us sourcing tea in this village.

If you want to level up your PuErh game, we are offering you a special bundle that consists of

Use the price dropdown menu to get to the offer, while it's still available.