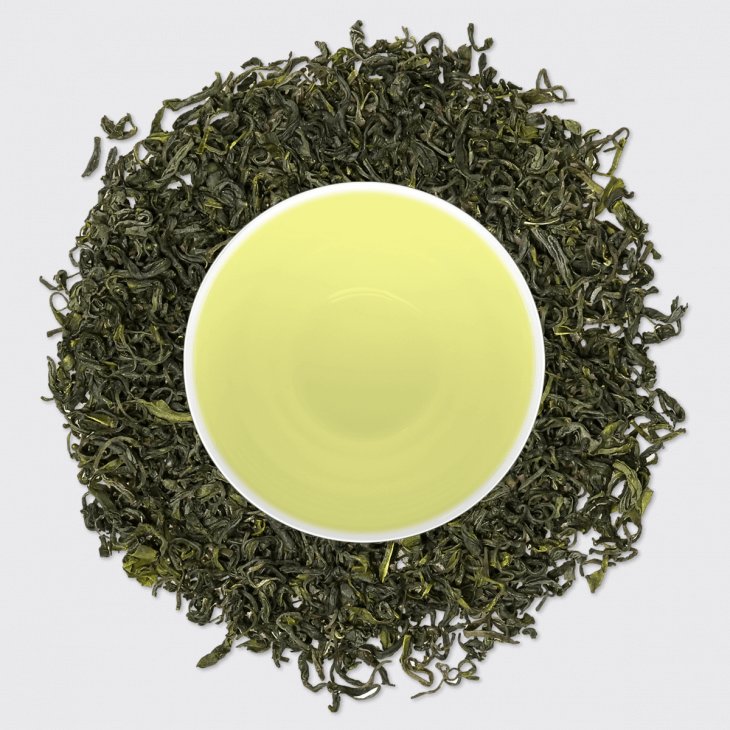 A fascinating Green from the colder slopes of the Laoshan mountain. The character is a mix of Japanese shade-grown sencha and Long Jing (Dragonwell). Brothy and savoury moving to creamy, nutty, sweet and fresh. A dancing and unique experience which is deep and complex but still light and easy drinking. Oh, and it packs a punch in terms of effects!

I have been tasting Laoshan Green tea for many, many years but they have never quite made it to our shelves. The reason, is that they have a tendency to be a little over-vegetal to my tastes. I love the brothy and umami character of the tea but I like this to be balanced with a bit of lightness. This tea captured me at first sip.

Laoshan is up in Shandong province and is one of the most Northern tea growing areas in the world with very cold climates. In the 1950's some seedlings were transplanted from Dragonwell up to Laoshan village to see if they could cultivate tea there. They developed a way of building temporary greenhouse structures to protect the plants over the winter months and then allow the plant to grow, uncovered when the Spring weather allows.

The result is a tea that tastes like a cross between a Chinese Dragonwell Long Jing and a Japanese Sencha. Nutty and sweet on one hand but brothy, umami and creamy on the other.

As I said, I have never selected a Laoshan Green because I felt that they tend to be a bit too vegetal but this batch is made with a Long Jing cultivar crossed with the Wu Niu Zao variety. This newer variety is often used to make early budding, light and refreshing versions of Long Jing and I think that it adds a dancing freshness to the tea which I adore.

The body sensation on this tea is a bit of a hybrid too. It has that feel good, theanine and caffeine energy which I normally associate with Japanese Greens but there is, again, a lightness to its effects making it a little dizzying, loose and giggly.

A very unique tea that comes from the cradle of Taoism in China. Check out the video if you would like to hear more about this Laoshan Green and learn how Taoism and Tea are part of the same journey.