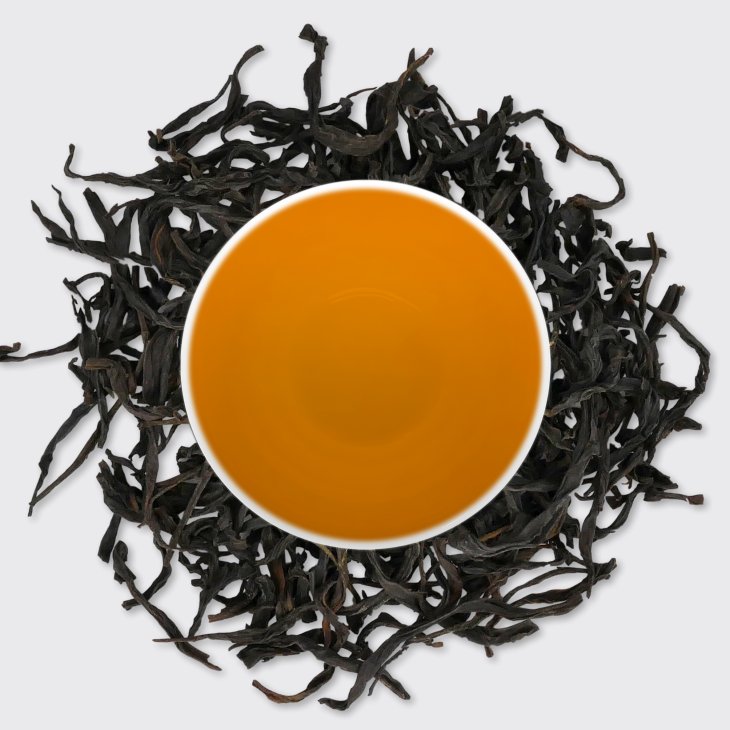 Known as a doppelganger tea for its ability to imitate surrounding plants, Dan Cong teas are a wonder and if you haven't tried one then you simply have to pick some up.

This is one of China's oldest and most famous teas and was first cultivated about 1000 years ago. It is made from middle aged trees and charcoal roasted for a richer flavour. The result are long, curled, dark amber leaves which brew the most delicious tea.

This video is an extract from a longer tasting session.

Our Royal Peach Orchid (Mi Lan Xiang Dan Cong) comes from Wudong mountain just above Phoenix village. Because of the genetic variation and the rich diversity of the vegetation, true Dan Cong Phoenix Oolong has a large variety of flavour profiles. Tea farmers have tried to define them in groups pomelo flower, magnolia, ginger flower etc. This tea is Honey Orchid aroma and is made from semi wild trees that are approximately 50-100 years old.

Join us in Wudong mountain to learn about the making of Dan Cong tea.

Dan Cong means 'Single Bush'. But not all Phoenix Oolong is actually a Dan Cong, in fact most tea buyers will buy garden bush tea which is being sold as single bush. Similarly, any tea tree that is grown from a seed could be called Dan Cong so this name is a bit erroneous.

Whatever the details of the name, one thing is for sure, the flavour difference between garden Phoenix Oolong and true Dan Cong Phoenix Oolong is remarkable. This is because of a few factors:

The best tea comes from leaves that have high mineral content. The younger the tea bush the smaller the roots which means that they cannot absorb many minerals from the soil. Because the garden tea is cultivated together, each plant is competing with many neighbouring tea plants for the same minerals so they just can't get as much.

Garden tea has almost no variety of vegetation. Semi wild Dan Cong however has plenty of vegetation and rocks around it. As the plant leaves fall or the rain filters through the rocks the soil is enriched with more variety of nutrients for the tea to absorb.

The semi wild Dan Cong Phoenix Oolong grows on steep and rocky mountains. This puts the plant under stress which means that the tea grows slowly. The slower the growth the richer the mineral content in the leaves making a more powerful and fragrant drink.

Brew Gong Fu style in a desktop format. The perfect way to brew at the office or home without a tea tray.

Masterful Dan Cong Oolong made from the Ya Shi Cultivar. Buttery on the nose with baked almonds accented with a sour cherry fruitiness.