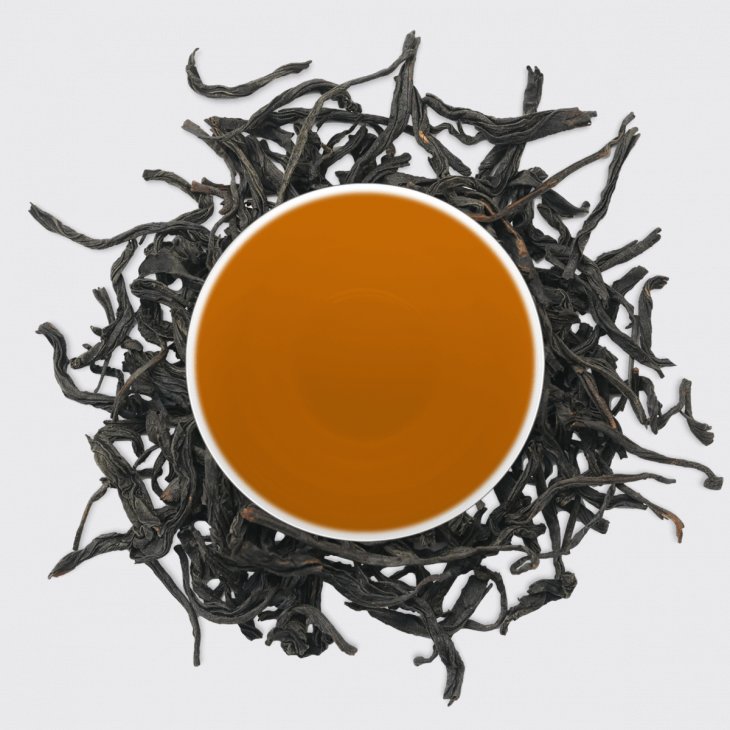 Specially devised blending set to find the perfect Smoked Lapsang for your tastes. Includes two pinnacle Lapsang's from Tong Mu - one unsmoked and the other carefully smoked over resinous pinewood fires.

The original Black tea is thought to be a smoked Lapsang from Tong Mu village. People will argue about whether this is genuinely the first-ever Black tea produced but it is certainly one of the oldest traded Black teas in history. The story goes that during the production of their Green tea, the Tong Mu villagers were forced to flee their homes when an army moved into the village. When they were able to return, the villager found that their tea had turned dark with oxidation and had an unusual aroma which they considered undesirable. So, some of the villagers decided to smoke the tea over pinewood fires to mask the aroma.

The smoked tea was brought to market and when the sellers returned to Tong Mu they demanded more of the smoked tea because it was met with such appreciation. Black tea and smoked tea was born and the love affair with smoky Lapsang Souchong continued for hundreds of years. Then, in around 2005 the market began changing. The Tong Mu area began producing unsmoked Black tea. This was probably as a direct result of the success and high prices commanded by the newly created Jin Jun Mei  Black tea.

Suddenly the fabulous terroir of Tong Mu was shifted into incredibly fruity or chocolatey unsmoked Lapsangs (these are must-try Black teas like Little Tong Mu and Souchong Liquor). The smoked tea was produced less and most of the smoked Lapsangs that have been available over the past decade have been from cheaper and lower quality areas with an excessively harsh smoke aroma. But the pinnacle quality smoked stuff is still loved, especially by the old-school tea masters in Tong Mu and Wuyi.

What determines high vs low-quality smoked Lapsang? Well of course the starting material is fundamental - the terroir, cultivar, picking and processing. Then the smoking process needs to be done expertly using native pinewood (which is more aromatic) to Wuyi. The age of the pine trees is also important - older trees tend to be more resinous. The temperature, length and batch size of the smoking process is also important to avoid any acrid notes.

However, even when produced immaculately, I still have a problem with this traditional Black Tea. It is my humble opinion that even the highest quality pine-smoked Lapsang lacks a richness of body and flavour. The act of smoking, while adding delicious sweet spice and smoke, seems to strip out some of the natural bright fruit and chocolate from unsmoked Tong Mu tea and I want to put those notes back!

So I have devised this blending set which starts with an excellent pine wood smoked Lapsang made from 70-year-old bushes of the Xingcun Xiao Zhong variety (an indigenous cultivar). I have then included a tea which was specially selected to add back the chocolate, light fruits and texture which I think is stripped away during smoking.

I like to combine the two teas - the result is the most complete and delicious Smoked Lapsang that I could never find without blending.

While I personally enjoy a 50/50 mix of these two Lapsangs, I recommend that you experiment to find your perfect blend (maybe you prefer a little more or less smoky spice).

So I suggest that you brew the two teas separately using the same parameters and taste them separately. This will give you an idea of what the blending set is trying to achieve.

You can then mix the brewed tea in a third cup. Start with a 50/50 (by volume) mix and then adjust according to your tastes. Once you have found your perfect ratio you can remember for your next session and brew with that ratio of dry leaves (by weight).