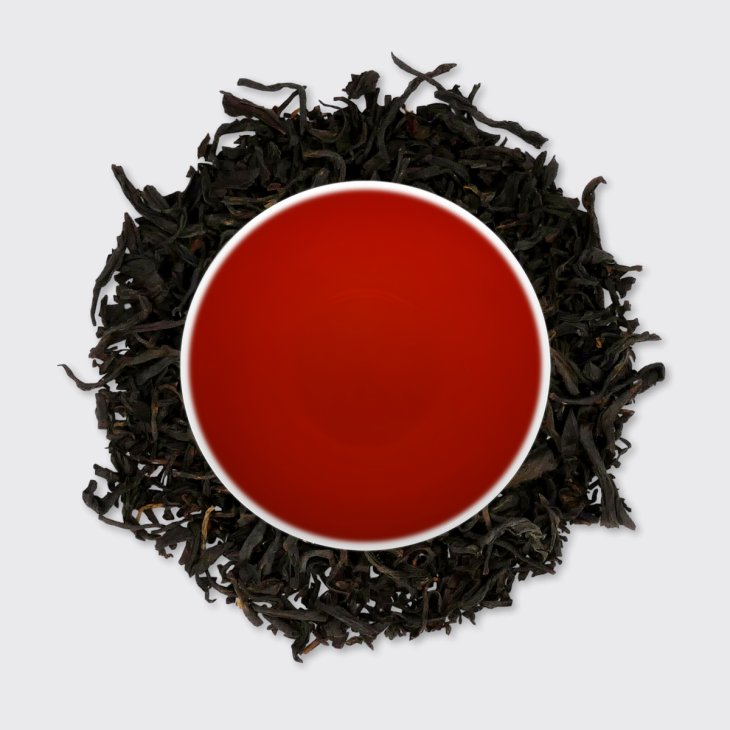 The name Lapsang automatically brings to mind in most people a very strong pine smoked tea. In fact Lapsang is a phonetic version of Zhengshan which is a famous tea producing mountainous area in Fujian province.

This area produces supreme black teas and Lapsang Souchong (or Zhengshan Xiaozhong) is one of the best ones. But somewhere along the line in the West, Lapsang Souchong came to refer to a very particular type of pine smoked black tea from this part of China.

We are not massive fans of overly smoked teas - it is a great way to mask a low quality tea. So this Wuyi Lapsang is very lightly smoked to allow the tea to shine through.

If you are interested in other non-smoked black teas from Zhengshan then you may want to take a look at Gleaming Brow (prepare yourself for the price!).

The origin of this unique smoked tea is unknown. One story is that during the Qing Dynasty an army took over a tea farmers land and when the army left the farmer did not have enough time to dry the tea before market and so he used pine wood fires to speed up the process. Another story is that red tea being transported on a tea clipper ship became wet and the crew of the ship dried it over campfires. Whichever story is true, people fell in love with its deep and smoky taste.

Fengqing Black tea made with a predominance of buds for a lighter tea. Dark toffee, black pepper and blackcurrants with a malty and minty fresh finish