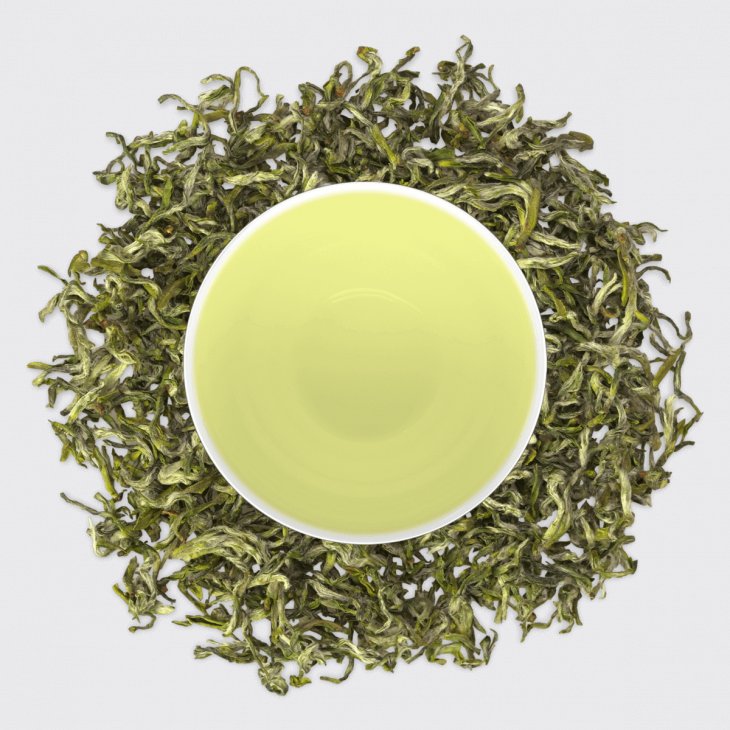 A very small batch of first pluck Gan Lu (Sweet Dew) - one of the most historic Green teas in the world with 2000 years of history.

A super sweet and fragrant very early Spring picked tea picked on 19th February 2021. This is first pluck tea meaning that it is the first growths of the year after long winter dormancy. This is different to First Flush (any tea picked in the Spring season).

Gan Lu has a very long history and could well be one of the first loose leaf teas consumed in the World. The legend is that the first ever human cultivation of tea (planting and growing tea vs picking what is wild growing) began in Sichuan by a Taoist monk called Wu Lizhen. He supposedly planted seven tea trees in Sichuan sometime between 200BC-53BC.

These seven tea trees were used to make Gan Lu Green tea which became an imperial tribute tea in the Tang and Song Dynasty. This tea was often used in religious ceremonies and became associated with the temples in the mountains of Sichuan.

However accurate the stories, one thing is for certain, this is a very historic tea and it is produced in a very traditional style. The tea is entirely handmade in the arduous three-fry process.

This Sweet Dew is made from a bud and one leaf picked from the beautiful peaks of Mengding mountain from 55 year old tea trees. The cultivar is the Laochuan Qun Ti Zhong which is an heirloom variety which naturally grows in this area, making it perfectly suited to the terroir. Laochuan refers to the ethnic group that have traditionally lived in Bashu (the traditional name of this area of Sichuan).

After picking the leaves are withered and then charcoal baked and rolled by hand three times before being shaped, sorted and gently baked dry. The look of the leaves is furry and twisted from this rolling and shaping process.

The taste shows off the pedigree of the trees and the processing. Perfectly balanced between bright, floral and verdant with a creamy, soft, warming and slightly savoury depth. The incredible sweet finish will last for hours hence its traditional name of Gan Lu (Sweet Dew).

All glass Gong Fu brewer for a minimalist tea session. Perfect for desktop brewing and particularly suited to White, Green and Black tea.