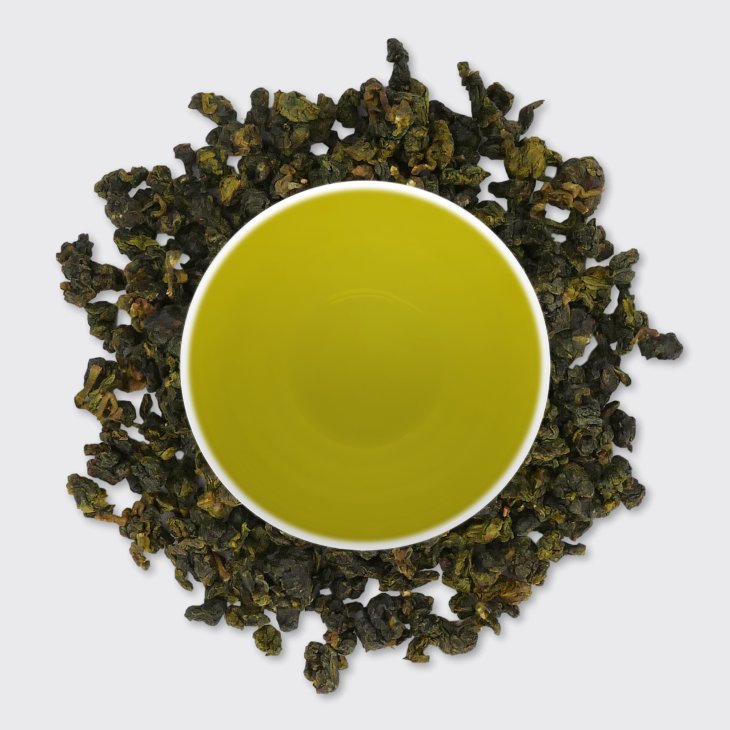 Often imitated as an artificially scented 'Milk Oolong', this is a genuine, pure Jin Xuan cultivar tea. This cultivar (also known as Taiwan cultivar 12) is relatively modern and was released by the Taiwanese Tea Research and Extension (TRES) in the 1980's. It is grown throughout Taiwan and is renowned for its milky/creamy taste due to being naturally rich in lactones.

This milky texture and taste can be a little elusive and depends on a multitude of factors like terroirs, season and weather. This Alishan Cream has a really pronounced milkiness which lasts over several infusions.

The market is flooded with scented versions of this tea that range from tasty to awful and many sellers feed clients the most ridiculous stories to explain the powerful milky aroma. I do not know if they actually believe these stories (having been fed them by the producers) or if they are knowingly conning the public but either way, so many people are being misled about this tea. If you hear that the tea was 'watered' with milk, steamed over milk or dried with milk powder then I can guarantee that you are being told a lie.

I would advise everyone to try an original, pure, unscented cultivar. It may not be as powerfully milky as the scented versions but Alishan Cream is so much more balanced and nuanced with that bright green Oolong freshness to contrast with the creaminess. This is a medium roasted version but for a darker brew of the same Jin Xuan cultivar try our Midnight Sun.