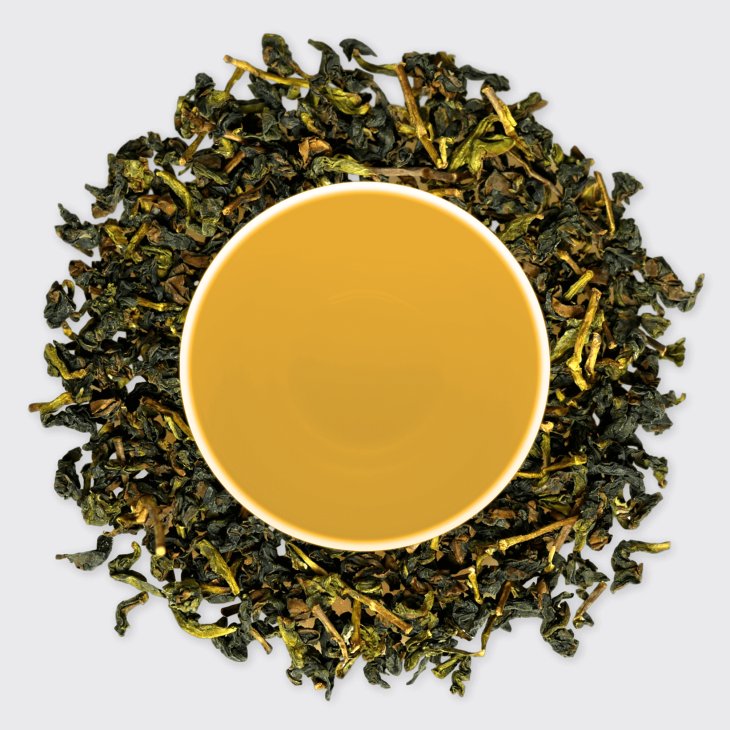 One of the most fascinating, deeply nuanced and engaging Tie Guan Yin's that we have ever tasted, made in the old-school tradition of longer oxidation. It may be ugly but it sure is tasty!

Don't judge a book by its cover. One glance at this Tie Guan Yin Oolong and, for most of us, we would be taken aback at how low quality it looks. But, this is traditional style Tie Guan Yin at its finest and after you taste this brew, that ugly appearance will transform into a tea of beauty.

Milky and creamy moving to salty and rocky moving to jammy and sweet - this tea has it all and reveals its character slowly and softly over many infusions. With each round, I have fallen in love with this tea more deeply and I am already stashing some away for ageing.

The fashion in Tie Guan Yin has been changing (much like many Oolongs) towards greener, brighter and more flowery aroma teas. These days, 99% of all Tie Guan Yin's are produced in this Qing Xiang modern style and conventional good looks require bright leaves, tightly rolled with no stems.

We love these lush and bright Oolongs of course. However, we are always searching for the traditional style of Tie Guan Yin making which is sadly disappearing all over China and Taiwan. They produce 'ugly' teas with matt and dull coloured leaves and, in this case, is intentionally picked with a LOT of stems. But to us, these teas are a thing of beauty and my heart always beats a little faster when I see these ugly ducklings arriving at our tasting sessions because I know that we could be about to be dazzled by a beautiful swan of a tea.

So, we are always searching for Chuan Tong Tie Guan Yin (traditional) and they are VERY hard to find (in 15 years of sourcing we have found three batches including this one). It is important to note, that for many sellers, modern style teas which have been roasted to give the tea a darker colour is sold as Chuan Tong Tie Guan Yin but this is NOT the real thing. A proper Chuan Tong requires longer oxidation to make it dark and does not need to be roasted at all.

This tea is a micro-batch of Chuan Tong Tie Guan Yin - it cost us a lot of money to buy but I am stashing it for my private collection because I fear that this style of tea may disappear altogether as masters who know the techniques make way to a generation that does not learn these precious methods of production.

If you are interested to taste a true Chuan Tong then here you go, stems and all!