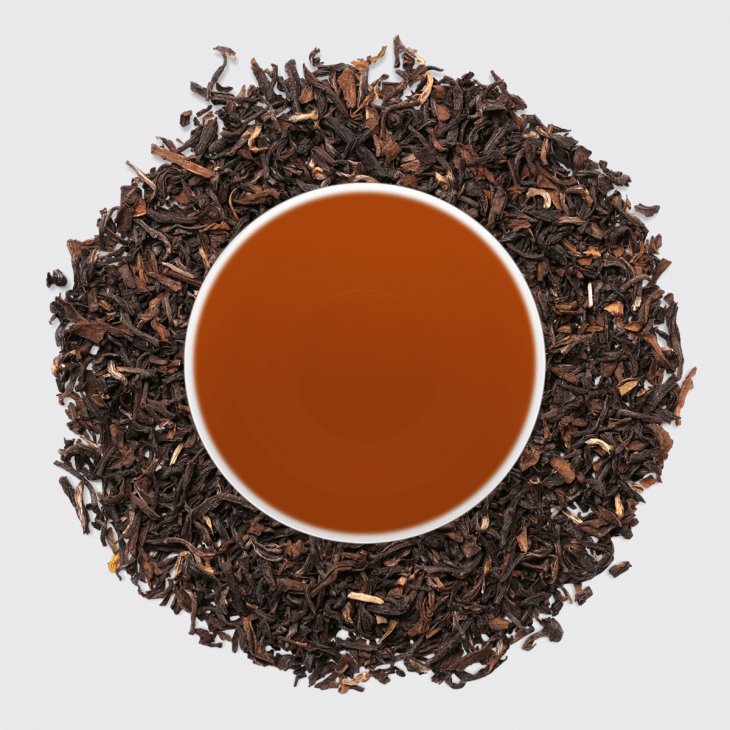 It has only taken us over 20 years to find a Darjeeling for the Mei Leaf shelves! I have been tasting Darjeelings every year, and, despite tasting some great tea, none of them made the grade. The fragrance to taste balance always seemed off to my senses - usually tons of aroma without a matching body and taste in the mouth to really make the tea jive.

So, when yet another round of Darjeeling blind tastings came along this year, I did not hold out much hope to find a winner. I was stunned when I sipped this tea. Finally a Muscatel that I can truly say is not just delicious but stands head and shoulders above all other Darjeeling Muscatels which I have sampled. Then I unblinded myself and, unsurprisingly, found myself with a Castleton Special Reserve.

This tea is an explosion of Muscatel, with similarities to Eastern Beauty (Dong Fang Mei Ren) and Gui Fei Oolongs from Taiwan but with extra heat and spice. Take a trip through a hot Indian market selling ripe and redolent fruits like mango, mangosteen and grapes. Nestled amongst the fruit stalls are the finest spice merchants where you catch a whiff of bracing saffron and warming cinnamon. There are resin incenses and flowers being sold, adding a sweet brightness to the aromatic mix and a small stall nearby dishing out syrup-soaked cakes.

Castleton Estate in Darjeeling is the originator of Muscatel tea. Back in 1985 they created a tea from summer pickings of old Chinese heritage bushes which astounded them. They termed it Muscatel for its fruity aromatics reminiscent of Muscatel wine grapes. The market went crazy and, ever since, all of the other tea estates have tried to make their own Muscatel.

A lot of these other Muscatels really have no Muscatel character and are just called 'Muscatel' to denote that it is a Summer tea (and to try to grab some of the interest in this tea style). Some Muscatel from other estates is good, but it is a widely held opinion that no one holds a candle to Castleton. This Special Reserve lot is the best that we sampled from Castleton, so this truly is the cream of Muscatel.

What makes a Muscatel? According to my discussions with producers in Darjeeling, there are a few key factors.

Firstly the tea bushes should be of Chinese heritage. The original bushes planted in Darjeeling came from Chinese seeds of the small leaf variety which is not native to India. Tea made from plants coming from this lineage (as opposed to clonal tea) are necessary to make good Muscatel.

The bushes which make great Muscatel should also be older with a root system established over many decades. Castleton is renowned for pioneering a bush preservation policy since the 1980's - instead of uprooting low-yield old bushes (which is common practice), they have been pruning them down to about 8 inches from the ground to stimulate new growths while keeping an old root system. I think that this is fundamental to making exemplary Muscatel.

Secondly, Muscatel has to be picked in the summer - usually June. The hotter temperature and humidity produce different qualities in the leaf and will bring about more insects. A few nibbles here and there can stimulate the defensive response of an entire part of the estate and build more bug-bitten flavour.

: Lastly, the skill of the producer is paramount to recognise the prime batches and treat them with extra attention to bring out that trademark Muscatel character.

Of course, there are many other factors such as soil and aspect but you get the idea - Muscatel tea cannot just be made with any tea leaves on any estate.

Stainless steel brewing basket for easily brewing any loose leaf tea and tisanes. Can also be used as a tea strainer.

The essential Glass pot for all Gong Fu teaheads