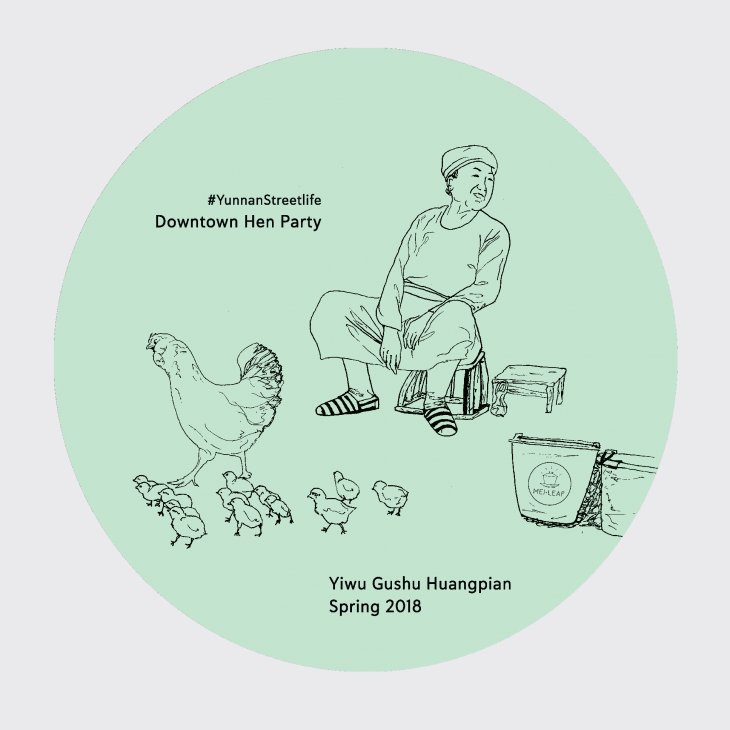 Huangpian (yellow leaves) are the larger leaves which are removed from the choice pickings of PuErh tea as they are considered too large for the main tea production. They are usually saved by the farmers to drink themselves. Huangpian have a very similar flavour character of the younger pickings as they are from the same tea trees, but they are lighter in taste and body.

When we were out in Yunnan sourcing 'Nectar Raider' we asked the farmers if we could purchase up the Huangpian of the same tea pickings to make a really affordable Gushu PuErh cake for those who want to drink Gushu daily or others who want to taste this quality of tea but cannot afford the choice pickings. At first, the farmers refused because then they would have nothing to drink themselves! But eventually, they agreed to collect a little Gushu Huangpian from themselves and their neighbours to provide enough for us to make these cakes.

All of the Huangpian leaves in these cakes come from Gushu tea trees between 200-300 year old from the Gai Shan village area of Yiwu.

The tea is smooth, sweet and floral with less caffeine compared with the younger pickings. It is the best way to sip on Gushu through the day without spending all your money on a single cake of PuErh.

Watch us source this tea!

Sharp and thin tea pick for the hardest of tea cakes.