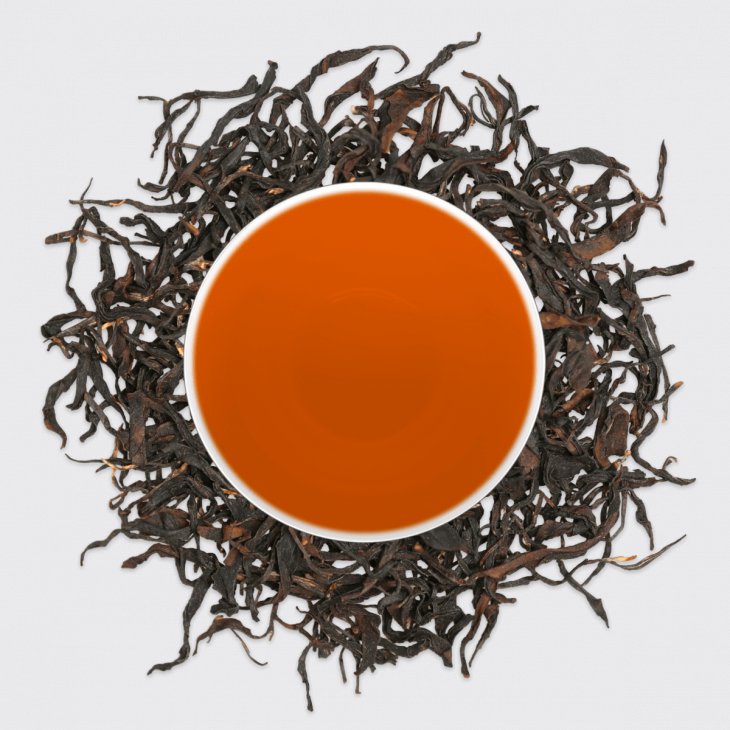 A spicy and fruity bomb of a Black tea made from a predominantly Taiwanese Oolong variety but grown and processed in Yunnan! Totally unique and totally delicious.

This tea is a meeting of two worlds. It is made from the Ruan Zhi or 'soft stem' variety which has a bit of mysterious history. This cultivar is likely to have ancestral roots in Fujian Province (China) but was brought over to Taiwan in, most probably, the mid to late 19th Century. In Taiwan the cultivar was developed and is likely to be the same as TRES #17 called Bai Lu. It is thought that the original Ruan Zhi was hybridised with other varieties to eventually make Qing Xin - one of the most popular cultivars in Taiwan. Some people mistakenly think that Qing Xin and Ruan Zhi are interchangeable.

The Taiwanese Oolong heritage of this tea gives it a gorgeous, fruit laden aroma with the trademark 'bug-bitten' character of an Oriental Beauty (Dong Fang Mei Ren) or Honey Duchess - think honeyed muscatel and peaches. But then the terroir of Yunnan steps in and adds deep, forest spices and a dancing, lingering sweetness. It also seems to add more endurance to the tea, making it brew richer and stronger through more infusions compared with most Taiwanese Blacks.

Another oddity is that this is an Autumn picked tea which amps up the aromatic hit with more late summer fruits and foresty depths.

All-in-all, this is a very unique tea with a complex heritage and a hybrid quality to the taste that I adore. I highly recommend that you try it to really explore the effects of cultivar and terroir on a tea and simply because it is a stellar brew unlike any other.