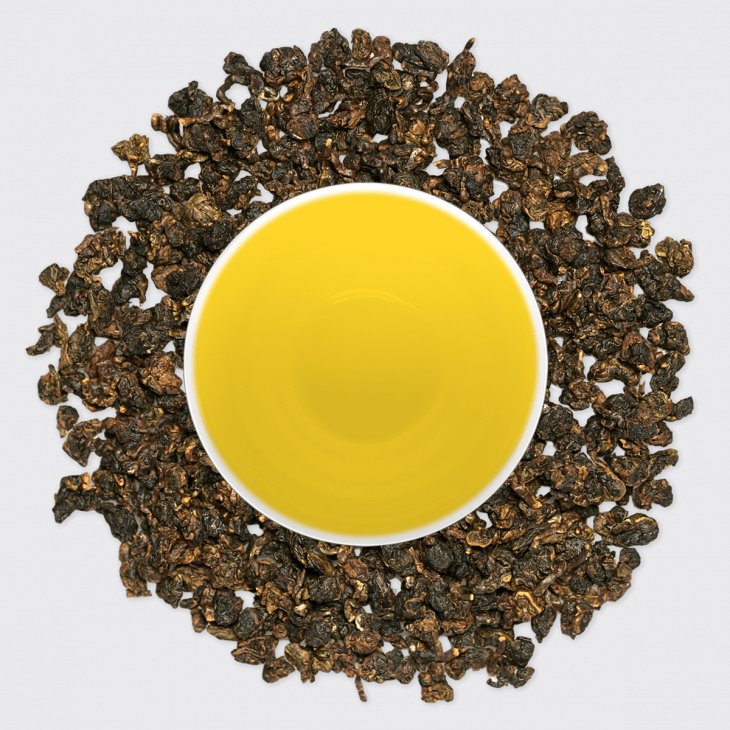 A uniquely aromatic ball-rolled Oolong with that bug-bitten taste of honey, resin and muscatel. Renamed from Honey Concubine.

Gui Fei Oolong was supposedly invented by accident in Dong Ding region of Taiwan in 1998.  Because of the earthquakes the producers could not harvest their teas during Spring and had to wait until summer after the bugs had had a little feast of the leaves. They found that the resulting Oolong had a powerful honeyed fruits aroma similar to the other famous bug-bitten tea - Oriental or Eastern Beauty.

Due to the similarities with Oriental Beauty, the tea was named Gui Fei after one of the four beauties of ancient China - the famously beautiful Yang Guifei concubine of the Tang Dynasty.

The tea is produced using a harder wither and longer oxidation. This allows more sweetness and terpene development in the tea. But, this is not enough to bring out those honeyed and dessert wine notes. There is the requirement that the field has had some level of bug-biting from the little leafhopper jassids (which is why it is picked in summer).

This biting causes the plant to produce defensive secondary metabolites - aromas to repel the insects or call in their predators. The beauty of plant signalling is that even if a relatively small proportion of the plants are bitten, their release of these defensive terpenes signals the neighbouring plants to also produce the terpene to work as a team to drive away the insects. In this way the 'bug-bitten taste' is present in all of the tea.

This Honey Duchess combines the sweet and honeyed muscatel aroma with the milky and alpine notes of a Qing Xin Oolong. This is very different to Oriental Beauty which, due to its smaller leaf picking and even longer oxidation, has a more bright black tea character. Gui Fei is rounder and more resinous with dried apricots and forest honey.

This tea has undergone a light roast to lock in and stabilise the aromas, making it suitable for longer storage and a more settled taste

A rich and luxurious tea made from the naturally milky Jin Xuan cultivar. Tinned peaches and cream with toasted pound cake.