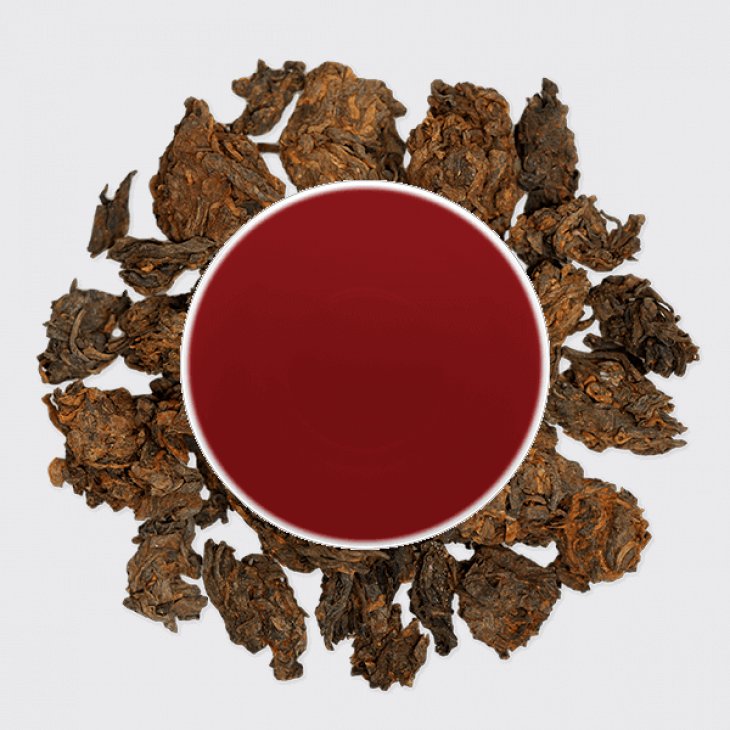 These are nuggets of joy for any Ripe tea lover AND the perfect way to introduce noobs to the delights of the dark stuff! This is because good Lao Cha Tou is much less cavernous than your average Ripe Tea and is naturally sweet and creamy.

Lao Cha Tou (literally 'Old Tea Heads') is formed naturally during the wet-piling of ripe tea. The leaves at the bottom of the pile tend to stick together due to the weight of the pile, the sticky tea juices, and heat generated during fermentation. Some people say that there is extra mycelium activity which further bonds these nugs together but I cannot confirm this myself.

We have tasted many Lao Cha Tou PuErh over the years and it is important to say that the quality of these nuggets is primarily dependent on the pickings and the expertise of the wet-piling process - some Lao Cha Tou can have a very strange taste. When we tasted this 2010 Bulang LCT we grabbed up our supply (there is a small quantity produced relative to the whole pile of fermenting tea).

Some producers claim that Lao Cha Tou are the premium pickings from the pile and others consider them simply a by-product of fermentation but what is certainly true is that they do provide a very different tea experience.

Lao Cha Tou has a light and dark nuance in taste. Because of the low surface area they initially brew up light and easy drinking but because the inner nug was less exposed to oxygen during piling, they tend to have a deeper and more fermented interior. This means that they have extreme longevity (around 25 infusions) and produce rich, sweet, and fruity brews after round three of the session.

We decided to gently bake our Lao Cha Tou which may raise a few eyebrows. We began roasting Ripe PuErh this year with Bulang Brittle and we just love the added texture and dimension that the bake adds to this tea. The bake is very light and more about supercharging richness and elevating thickness rather than adding a lot of secondary baked notes. We cannot get enough of these nugs and have been going through session after session so we thought it was time to release them before we drink them all.