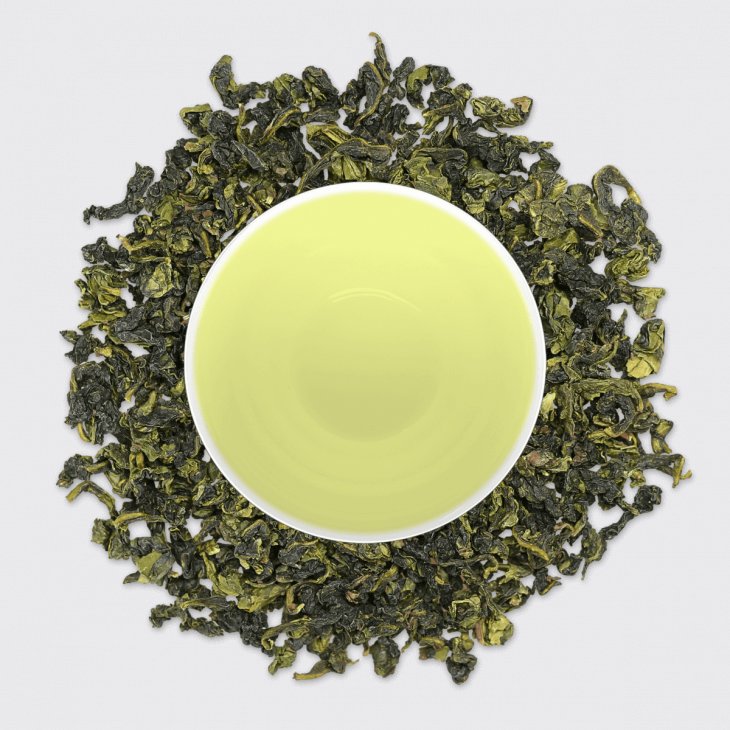 Simply the perfect rendition of a Zheng Wei Tie Guan Yin - overflowing with flowers fruits and creams with that addictive mangosteen and apple aftertaste. Spectacular.

A very early Spring picked tea - in fact, it must be one of the first plucks of the season for Tie Guan Yin. Add this factor to the incredibly high altitude and you have a Tie Guan Yin rich in 'high mountain' character. Fresh and bright with a rising and refreshing feel.

The taste is rich in so many complementary aromatics - florals, fruits, and a peppery herbaceousness on the high end, with a yoghurt, coconut cream and salted butter baseline.

It says a lot about a tea when so many Teaheads cite Iron Goddess (Tie Guan Yin) as THE gateway tea that opened their eyes to the wonders of true tea. I myself had my first tea revelation tasting a high-quality Iron Goddess.

This is a very famous Chinese tea and it is in huge demand which inevitably means that it is produced in large quantities with big differences in quality and styles.

This is an ancient tea whose first claim to fame was that it was rumoured to be loved by Emperor Qian Long (18th Century). There are a couple of origin stories for this tea. One is that a farmer passed a rundown temple of Guanyin (Avalokitesvara Bodhisattva) and took it upon himself to tidy the temple. As a reward, was given a vision in his dream by Guanyin which led him to find a tea plant growing in a cave behind the temple.

The other story involves a scholar who discovered the tea plant by Guanyin rock and presented the resulting tea to Emperor Qian Long who declared that it has the weight of iron and the appearance of Guan Yin.

The historic origin of Tie Guan Yin is Anxi county in Fujian which is split into Inner and Outer mountain villages. Much of the Tie Guan Yin on the market is not actually from Anxi but from nearby Zhang Zhou with huge tea plantations. This is not surprising the massive demand for this tea but Anxi tea is generally higher quality.

Tie Guan Yin is the name of the preferred variety of tea plant used in most Iron Goddess although there are others which are used to make this type of tea (Ben Shan, Mao Xie, Huang Dan and others).

This is why modern Tie Guan Yin tends to have a more flowery and rich aroma compared with the thicker texture of traditional tea.

There are many more intricate definitions of the different types of Tie Guan Yin but that's the subject of a separate blog or video!

The essential Glass pot for all Gong Fu teaheads

The paragon of high mountain Oolong from Fu Shou farms over 2400m up in Lishan. Sugarcane, buttermilk, magnolia and sweet pineapple.