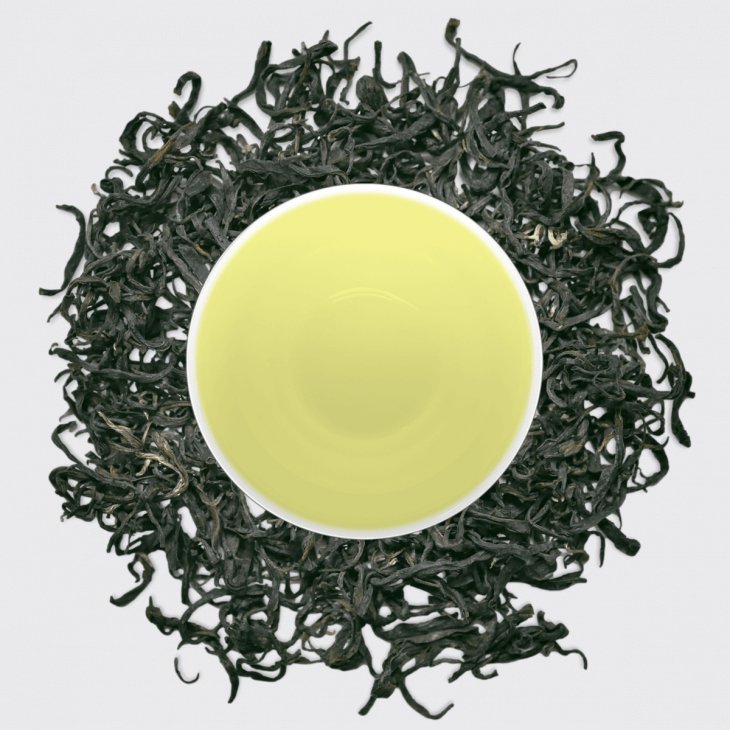 A delicious hybrid tea which has all the rich and brothy indulgence of a pinnacle Chinese Green but with a bright and dancing Sheng PuErh mouthfeel and character. Such an addictive tea to sip on to experience the 'Kiss' between East China Greens and West China PuErh.

I was not planning on buying any more 2022 Greens until this tea came arrived on my sampling table. One taste and I was captivated but I had spent way over my budget for China Greens and I resisted purchasing - it is a pricey tea and I already had enough Greens on their way from the mountains. BUT, this tea stayed in my head and every time I saw it sitting in my 'Maybe' pile of samples I wanted to reach out and drink it. Eventually, I could no longer resist and we purchased the 15kg batch for you to try.

So what is it about this tea that I find so beguiling? Well, let's first start with some background.

This Maofeng is made by the Buyi Tribe - a minority tribe from the mountains of Guizhou. This province has a historic tradition of tea production and yet the quantities produced are very small. Almost all of the tea is sold in China and they are some of the most expensive teas out there.

Guizhou is a neighbouring province to the mighty Yunnan which is world-renowned as being close to the birthplace of tea and is the only place that can 'legally' produce PuErh. In the East of China, the tea varieties are mostly 'small-leaf' cultivars whereas in Yunnan the teas are mostly made from the 'large-leaf' assamica varieties. Bridging the divide between East and West are provinces like Fujian and Guangdong which have hybrid 'medium-leaf' cultivars usually reserved for making Oolongs. Guizhou completes the bridge (joining up with Yunnan) and this tea is a 'medium-leaf' cultivar but uniquely, it is made into a Green tea.

The resulting tea has some of the creamy and brothy characters of an East China 'small-leaf' Green coupled with the fruity, spicy and tropical notes of the hot and humid mountains of Yunnan. A fascinating hybrid of tastes.

But it is not just the aromatics which are captivating. The influence of the 'large-leaf' assamica on this tea produces a green tea with incredible mouth-feel - buzzy, chewy and juicy with a vaporous and juicy finish. It leaves your mouth flooded with sweet, fresh coolness so reminiscent of the Sheng PuErh of neighbouring Yunnan. Drinking this tea makes me joyfully smack my lips with its physical character which is another reason why I called it 'Buyi Kiss'.

Oh and it also has a PuErh-like potency in its body sensation - a bit more supercharged in drunken and high energy than your average 'small-leaf' green.

So you can see why I found it impossible to pass this one up and I don't think that you should either!

The highest grade of this much sought after Green tea from Jiangsu province. Super fine picking. Nashi pears, sticky rice and elderflower.