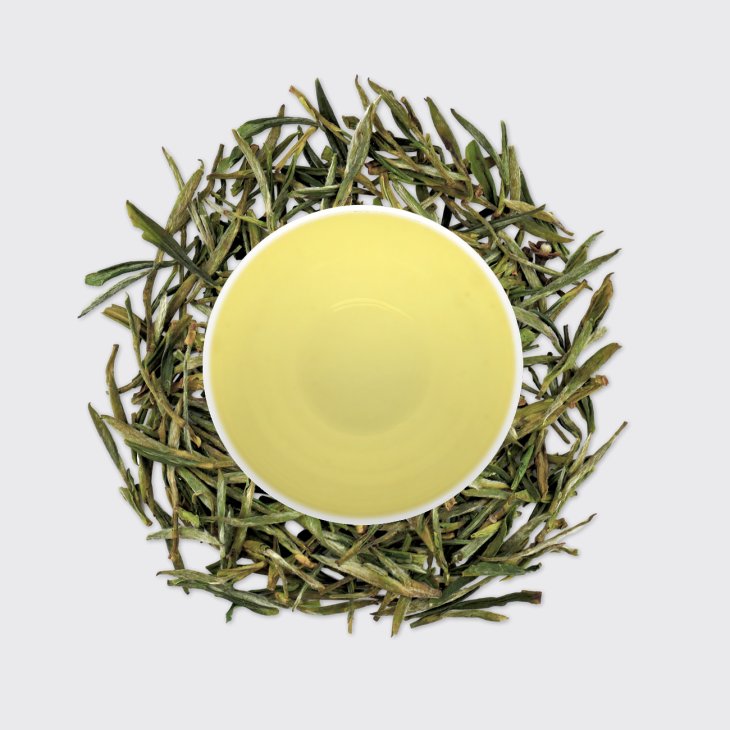 This tea is NOT from Junshan island, it is grown and produced in Pingjiang which is very close to Junshan Island in Hunan province. I say this upfront because Junshan Yinzhen is one of those teas which is widely marketed falsely.

Junshan is a tiny island jutting off the mainland in Dong Ting Lake in Hunan. The area is less than one square kilometer and the tea plantations make up a small proportion of this space.

The island is uninhabited and the plantations are all state-owned with a relative handful of workers making the tea in tiny quantities and under strict control. As such, the finished tea produced on Junshan island is a modern tribute tea reserved for Government officials, diplomats, and very big spenders.

So, while it is not impossible to get your hands on Junshan island Yinzhen, the amount that you can buy is tiny and the prices are insane. If we were to buy some island tea then we would have to sell for well over $1000 per 100g.

Is it worth this price? Short answer – NO! Island grown Junshan Yinzhen has the extra snob value because it is the rarest tea in the world but, in my opinion, you are paying for the rarity rather than the experience.

In neighboring plantations on the mainland, high-quality Junshan Yinzhen is being made by excellent producers. Whether you can technically call it Junshan Yinzhen even if it is produced outside Junshan is a fair argument but everyone in the area does and most wholesalers will pretend that this tea is from Junshan to increase the price.

The result is that most tea sellers are tricked by the lies into thinking that they are selling Junshan grown tea. They then bring it to market at a high price and the circle of false marketing is complete.

Junshan Yinzhen is a yellow tea. This means that it goes through a few days of moist heating in order to yellow the tea through non-enzymatic oxidation. Making Yellow tea is a long and skilled process which is why it is such a rarity in the world of tea.

This tea is produced by hand in the Pingjiang area of Hunan near Dong Ting Lake and it is an example of an exemplary Yellow tea without the ultra-snob pricing.

The taste is very similar to the island-made Junshan Yinzhen with sweetcorn, fruits, flowers, cream, and nuts and a distinct winter mountain mineral freshness which is why we named it Diamond Peak Yellow.