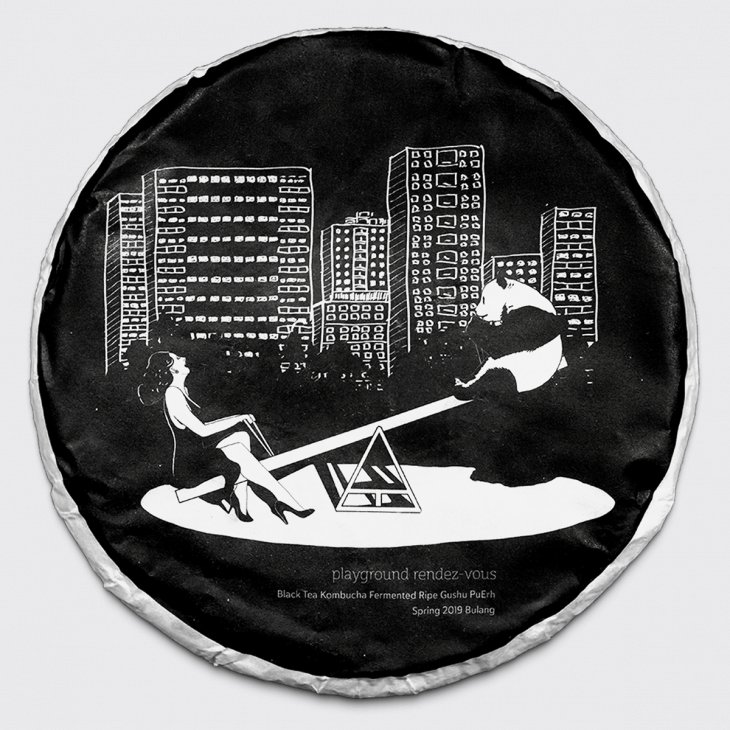 It all started with B.A.D. (Bizarrely Aged Dianhong) which we found in 2020. A black tea from Yunnan which had a fermented taste. We began to wonder if we could experiment with the ripening/fermentation process to create some similarly wonderful brews.

So we sent a sample of B.A.D. to our friend in Yunnan and began our discussions - Playground Rendez-Vous is the result of this year-long collaboration.

Our friend told us that he was holding on to some small-batch Gushu (estimated 200-year-old trees) PuErh from Bulang mountains and was going to ripen it in an unusual way. Instead of ripening the tea on the fermentation room floor he wanted to ripen in large, raised bamboo barrels/baskets. We had seen this method before, used for very small batch Hei Cha and usually for meticulous lighter ferments.

But then he said something that blew our minds. Instead of just using Spring Water to ferment the tea he was going to use Black Tea Kombucha! We immediately signed up to buy into his experiments!

The result was tasted early this year and we were blown away by the depth and sweetness of the tea - I was smiling for days afterwards.

Clean, smooth, rich, sweet, spicy and refreshing - this tea has it ALL. It has little to no 'Wo Dui' wet storage aroma. Presumably, this is because of the micro-batch nature of the ferment raised from the floor but also due to the lighter levels of fermentation. A remarkable Shu which is on the one hand unique and complex yet super sweet and easy drinking.

The wrapper design had to take on a different style since this was such a wild experiment combining two tea types. A meeting of a PuErh (we always represent as an animal) with a wild Black tea (femme fatale) in a clandestine yet playful setting - Playground Rendez-Vous was born and Celine did a fabulous job of capturing the scene in a graphic novel style. Black tea used to make a Hei Cha, it had to be monochrome cover - surreal and fun.

I truly hope that you love Playground Rendez-Vous as much as I do. Tea of the Year 2021? Most probably.