Let's dive into the fundamentals of Tea 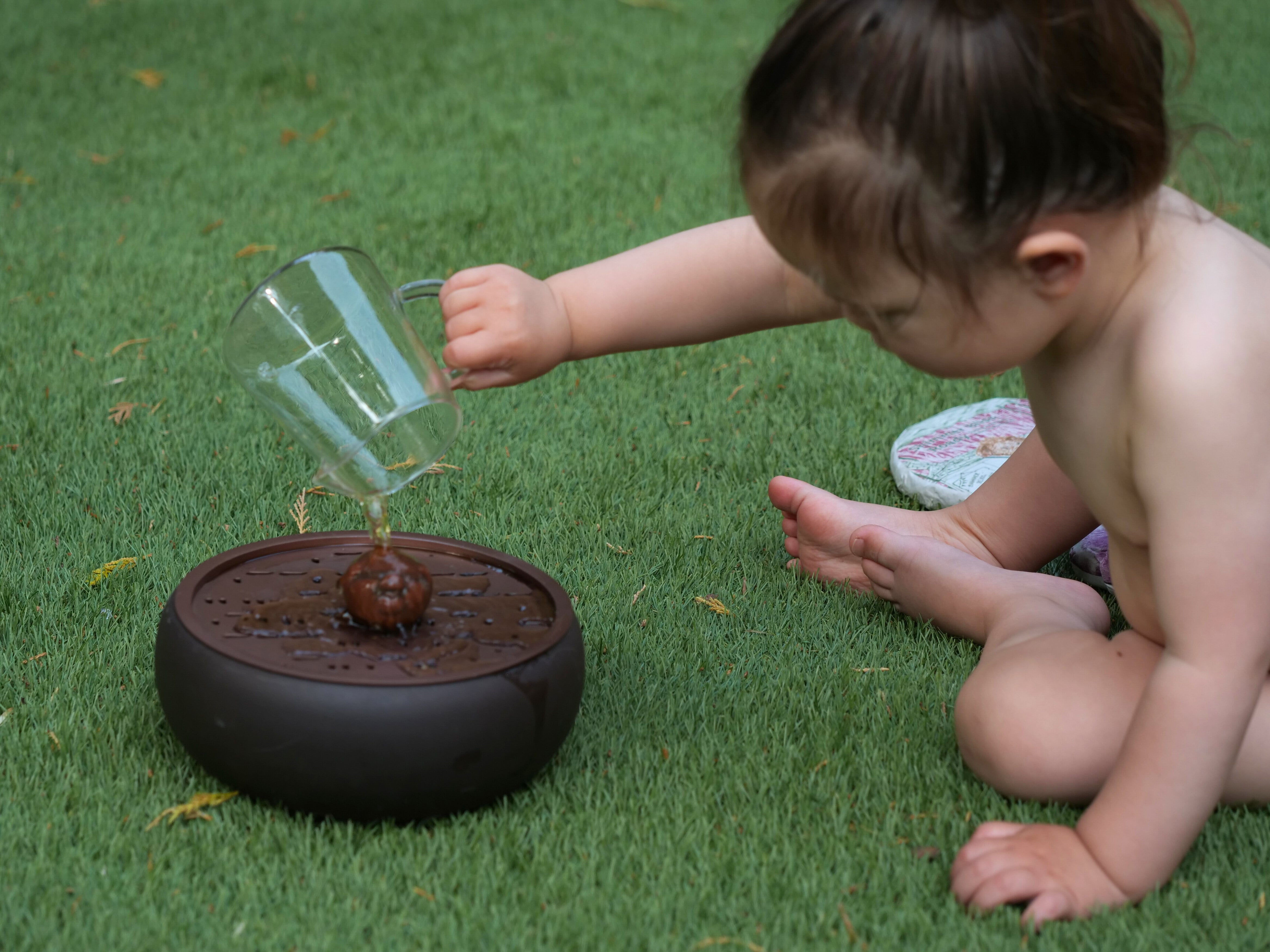 Are you dipping your toes into the profound world of True tea? Feeling overwhelmed with choice and a language you don’t quite understand?

Let any tension melt away – tea is a journey to enjoy at any speed and we are here to point you down the most scenic paths. As you follow your natural instinct to explore, the learning will come – don’t force it and try to ignore any simplistic ‘rules’ or superficial ‘shortcuts’. Savour the journey.

First some quick product recommendations for those wanting to start tasting pinnacle tea right away.

I would heartily recommend our HEADLINERS. These are sets of teas which have proven, over the years, to be our client favourites and are foundational teas in our collection. We have a HEADLINER for each main tea category (apart from Yellow) so dive in to the tea types which intrigue you.

To taste through all tea types in one product, you should pick up the MEI LEAF TASTING SELECTION. This offers you 11 teas to enjoy and by the end of the experience, you will have some personal signposts of tea types that you would like to explore next.

Right, let’s level up your tea knowledge with some quick nuggets of information.

Tea is made from one plant – Camellia Sinensis (and close relatives). Any other plant that you steep in hot water (like chamomile or peppermint) is called a Tisane or Herbal.

Camellia Sinensis originally grew in the part of the world which is now called Yunnan (China) and neighbouring areas like Myanmar and Assam.

Tea was first cultivated in what is now called China and has over 2100 years of documented history (although the birth date of tea is likely to be closer to 4000 years ago).

The tea plant has thousands of varieties. If we cultivate them to make tea, we call them ‘Cultivars’ (Cultivated Variety). This is the same as wine – one plant (the vine) but many varieties like Cabernet Sauvignon or Chablis. 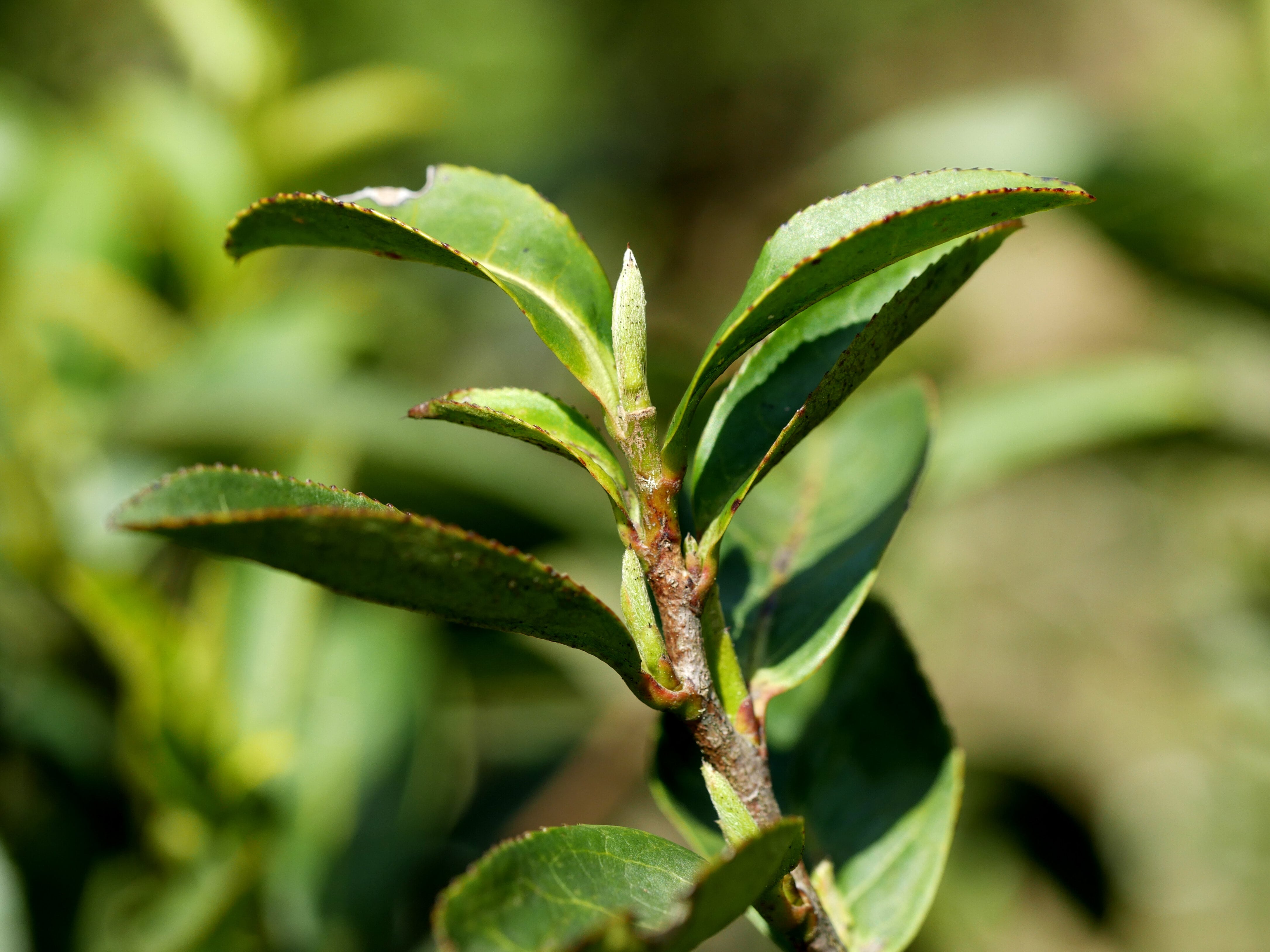 There are six broad tea types – White, Green, Yellow, Oolong, Black and Post-Fermented. The type is defined by how the leaf is processed after picking. Therefore any tea plant can be made into any tea type.

All six tea types are produced in China. Other tea-producing countries tend to specialise in one or two types of tea. For example, Japan is famed for its Green tea and Sri Lanka for its Black tea. This is now changing as more countries experiment with different tea types. But China will always be the undisputed emperor of tea production with the longest history and an unparalleled selection of tea varieties.

Within each tea type there are many different individual tea names. The name of a tea can be confusing because there is no established naming system.

Sometimes the tea is named after a style of production, but it can also be named after the producer, the cultivar, the area of production or picking style. To make things more bewildering, the name will be in the language of the producing country (Chinese, Japanese, Korean etc).

Let’s use wine as a parallel. The wine type is broadly split into White, Red and Rose. The wine name usually follows the convention of including the producer, the area and the cultivar. For example: Le Pin (producer), Pomerol/Bordeaux (area), Merlot (cultivar).

Tea does not have this simplicity and each country will have their own naming systems, but the most common information included will be the area and style of production.

Over time, these names will make more sense, so don’t worry about understanding them immediately.

Just like wine, tea is further defined by year of production. Some years are better than others dependent on the weather patterns or other factors like the economic fluctuations in a tea growing area.

Unlike wine, which usually has one harvest per year, the time-stamp on tea has to be refined much further. Tea leaves can be picked from Spring to Winter and the date of picking or season will change the character of the tea immensely. This is why you may see extra information about the season or perhaps you have heard of first flush or autumn flush tea. 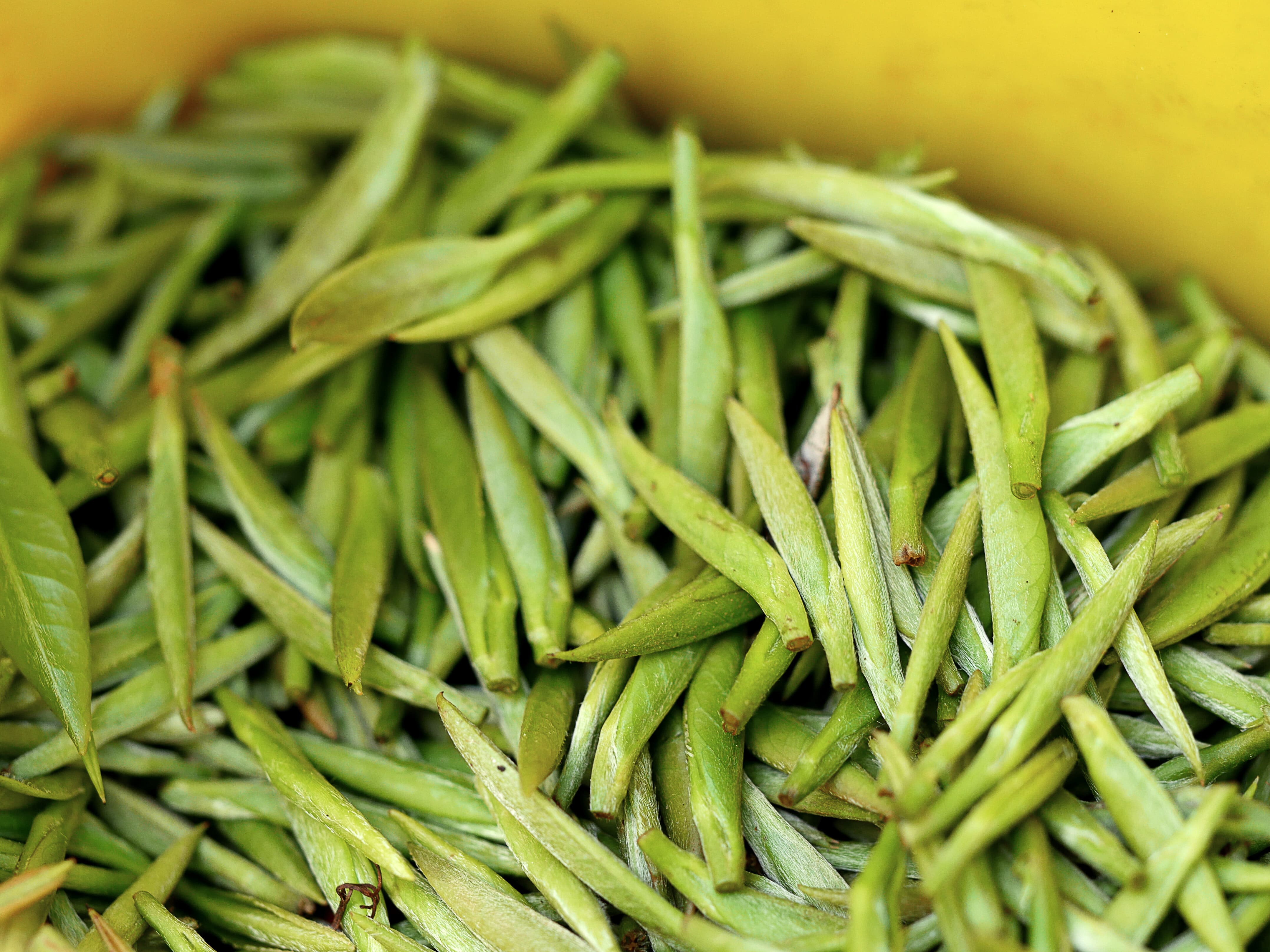 Even within one season, there may be made by hundreds of producers producing dozens of tea batches.

For example, First flush just means the first picking season of the year but, since the tea plant may regrow leaves every ten days, the producer could pick five harvests during the ‘first flush’ period.

This means that for every tea name there are potentially thousands of batches produced each year. Each batch will have a different quality and price.

Attempts to grade the tea batches start with the producers who may assign grading numbers or letters (grade C, grade B, Grade A, Grade AA, Superior Grade AA etc). You may also see grading in India defined by picking style. This is represented as letters and numbers like FTGFOP or SFTGFOP1.

To be honest, all of these grades are very rough outlines based on individual producers (who will often play with grading to justify prices). There is no standardised system of grading (like coffee) and ultimately the definition of grade boils down to personal taste.

For example, we may taste 100 Long Jing Grade A-AAA teas per year but they will all taste wildly different with huge price differences.

So these are the main headers for tea:

TYPE – Which broad category the tea falls under

SEASON – Year and month of harvesting 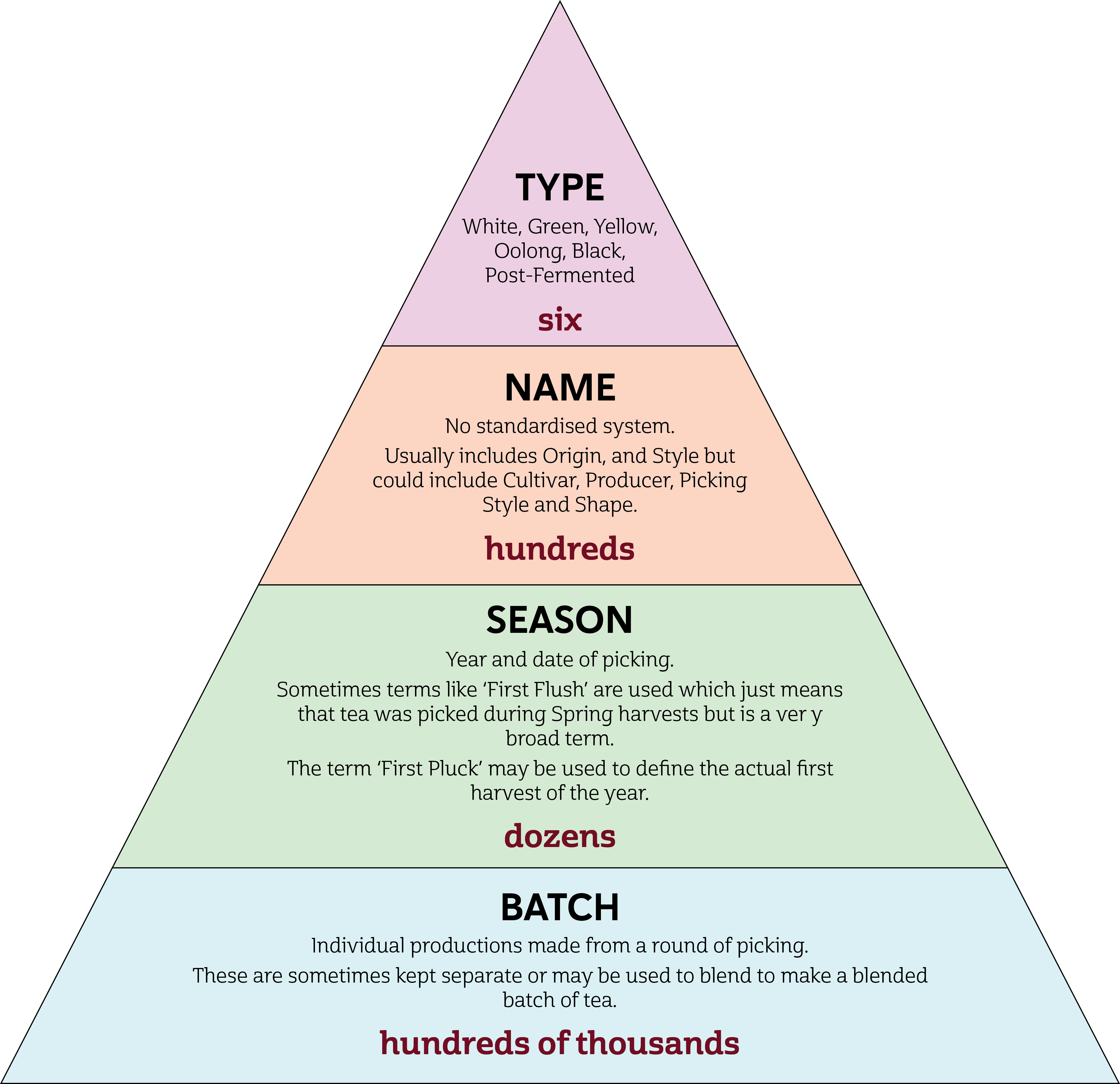 It is my job to build a network of scouts to taste as many batches from each season of as many tea names in their local area as possible before sending their short-list to London. I will then comprehensively sample these to curate the Mei Leaf collection.

Every tea that we supply has the fundamental information included which we call SCOPE. This stands for Season, Cultivar, Origin, Picking and Processing Style and Elevation.

Hopefully, by now you have a better idea of what these all mean! Read our next 5-minute guide to learn how best to brew these Pinnacle teas or dive into each type further: White, Green, Matcha, Yellow, Oolong, Black and Post-Fermented.

If you join the 'Revelation' we will tell you what it is.